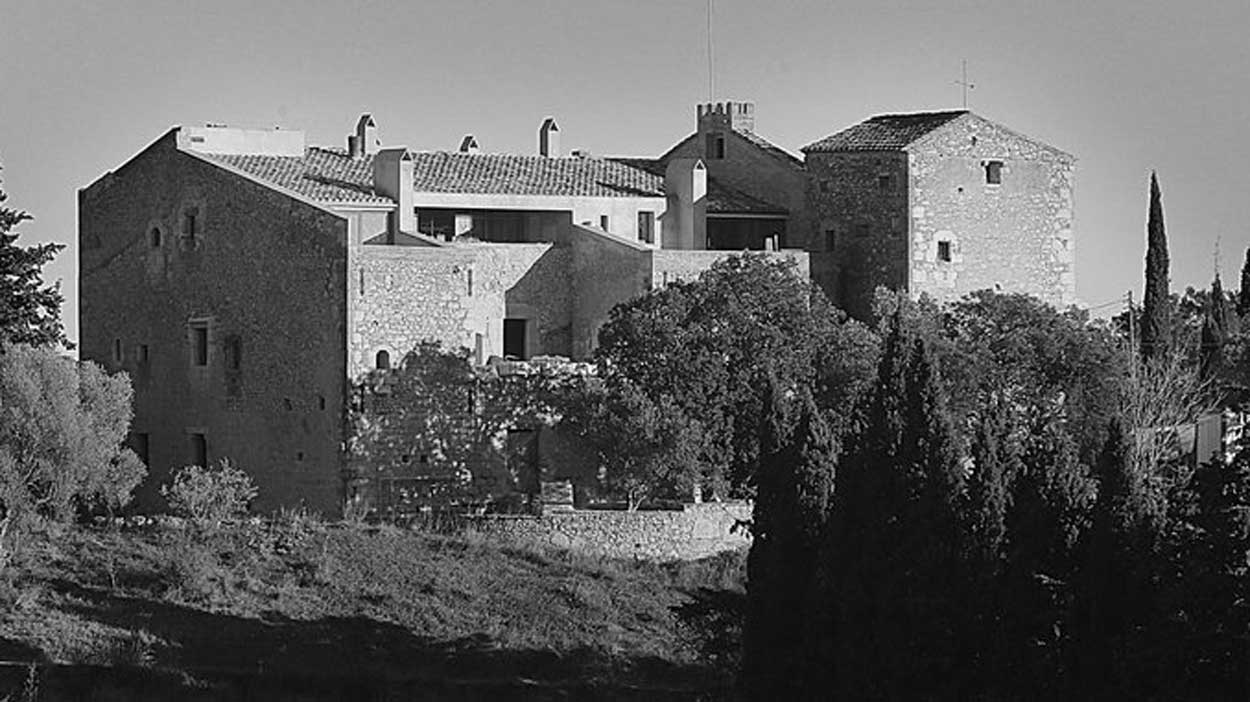 Mas Bosch is classified as one of the several large, fortified stately farmhouses from the 16th century that are preserved in the Empordà Region. The history of this farmhouse is reflected in its historical decorative elements. That’s why we suggest a tour of both inside and outside to transmit its history.

Mas Bosch belongs to the Veïnat de Les Tres Cases (Neighbourhood Of The Three Houses): Mas Serra, Mas Bosch and Mas Comellas. It’s an ensemble of several 16th fortified farmhouses located on a flat area called Serra de la Garriga. It was first recorded in 1214 in a last will and testament in Santa Maria de Vilabertran, where it is mentioned as Mas Olivet. 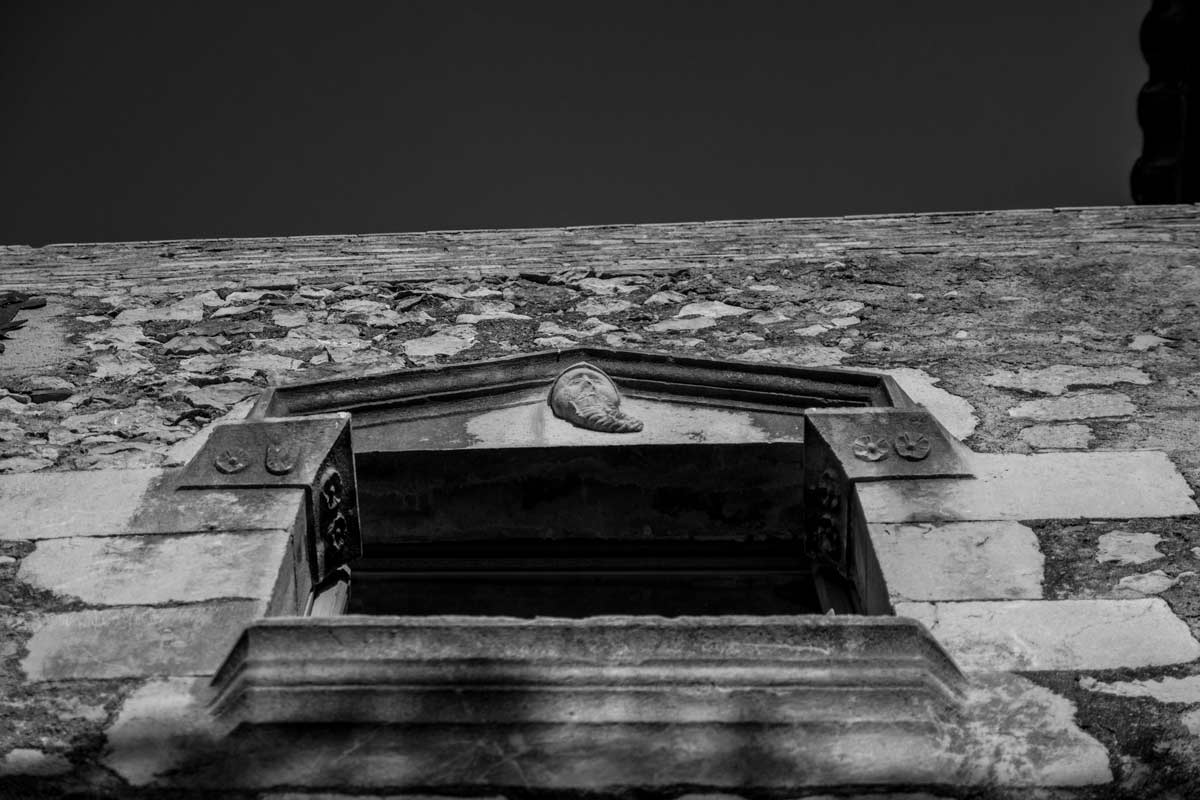 A catalogued Renaissance window with a sill stands out. Inside, sculpted in relief there appears the head of a bearded man, whose beard is pointing to the direction of the most frequent wind in the area: the Tramontane, which comes from the north. This is one of the symbols that can usually be found on the Way of Saint James, a fact which has led historians to think that Mas Bosch served as a halt on the pilgrims’ way. 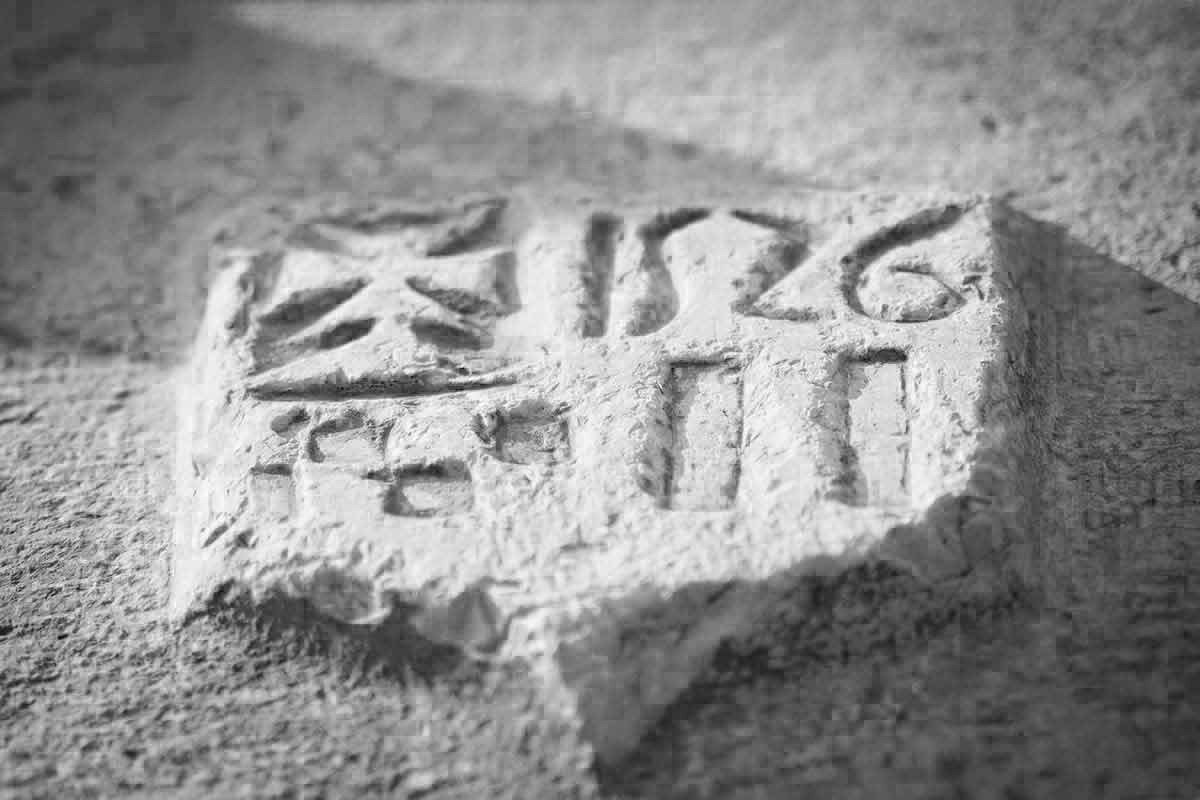 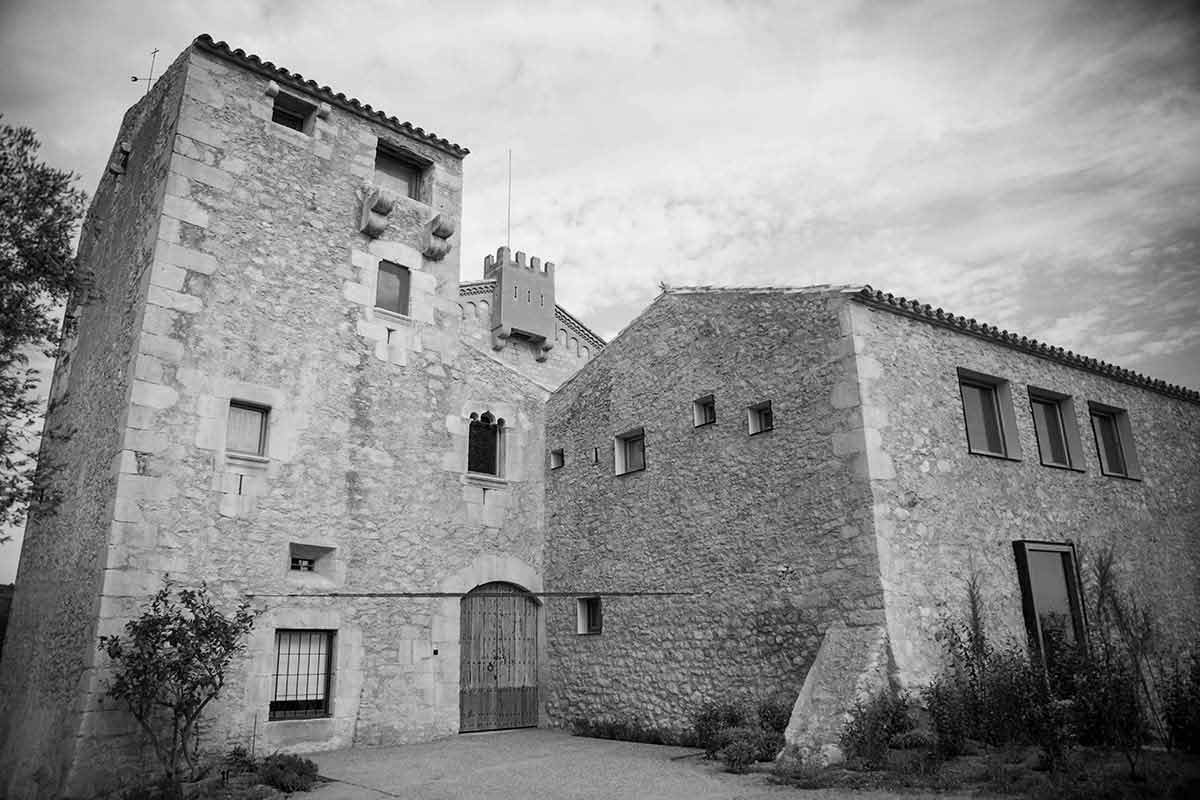 The Defence Tower, together with the thickness of its walls (over one meter thick), give the farmhouse its fortified appearance.
Southern Wall (south-west). It has a rectangular base and still keeps the battlements (parapets in which gaps or indentations, both vertical and rectangular, occur at regular intervals topping castle or defence tower walls). The tower is divided into ground floor and two floors.
There are several windows; one of them (south) shows a shield which is thought to represent the four stripes (present on the Catalonian Flag).

Western Wall: we can see a long embrasure (long, narrow opening in a wall through which guns could be fired) and a window with plain Renaissance decoration .
The Defence Tower is believed to have been suppressed or to have lost its purpose towards the end of the 17th century, when a chapel was opened in its lower part. An inscription with the date 1687 can be seen. The chapel was dedicated to Our Lady of the Rosary and later on to Saint Raymond, which is yet another fact that allows us to believe that the house was a stop on the Way of Saint James.

Access to the building is gained through the large door (today the main entrance).
It has a round arch entrance hall. The window below is Gothic-Renaissance.
There are flowers sculpted in relief and, next to them, two figures holding a shield with a flower. 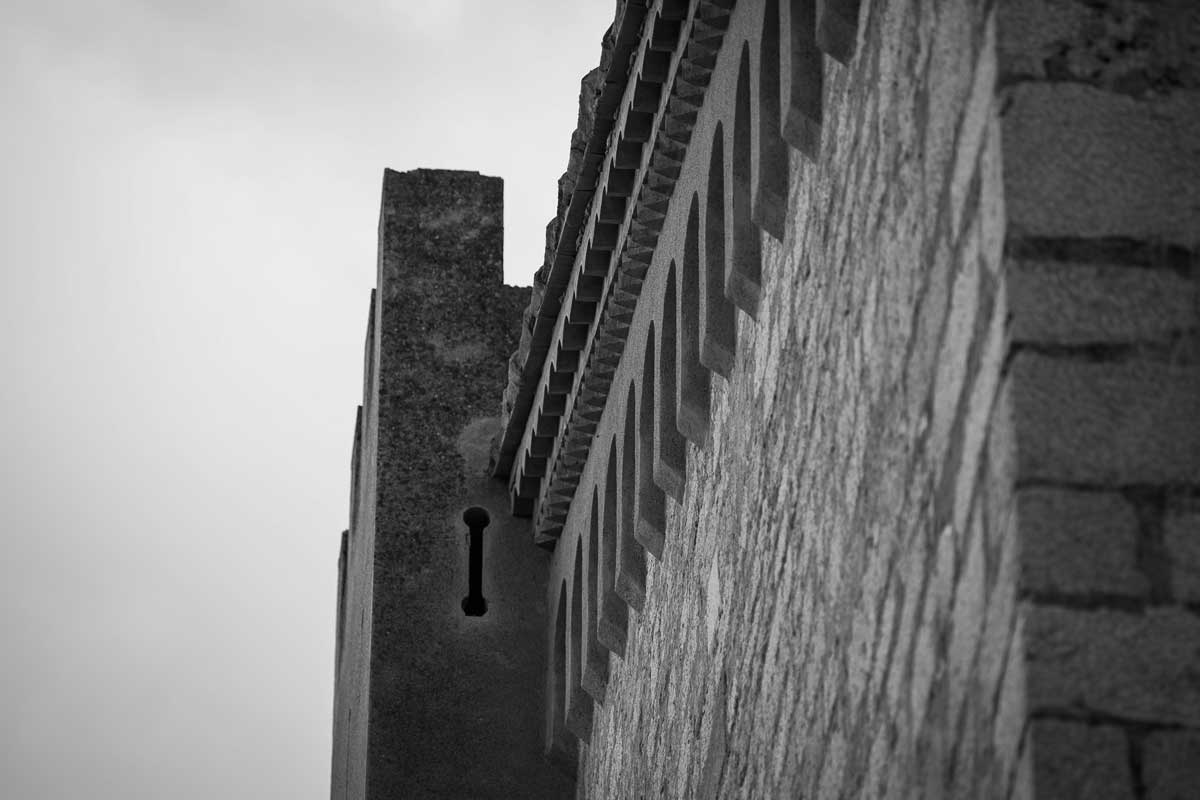 On the ground floor, large round arches support the ceilings, which were originally wooden. The beams rest on corbels (part of the beam in a building projecting from the side of the wall to the exterior which supports the cornice).

The farmhouse was built with ashlars (a block of hewn stone for use in building, generally square or rectangular, finely dressed and with its visible face smoothly polished) squarely cut (in the shape of a square or right angle). The rocks used were limestone from the area.

Originally, the ground floor of the farmhouse was destined to the oil mill. The Empordà Region is a land with a long tradition in vineyards and olive trees. Mas Bosch used to have its own olive tree plantation and produce its own oil.

The TRULL or the oil mill is located next to the fireplace. Where the ground floor bathrooms are today, they used to keep oil vats or containers which today are used as decorative elements in the garden.

STAIRCASE
The staircase is one of the oldest elements in the house. It separated the living quarters (on the first floor) from the oil mill.

Above, there is the stately, noble part of the house.
It is thought that the farmhouse had been managed by the Order of Hospitallers from the end of the 17th century onward. Hence the religious elements that can be found in the living quarters:
– Inscription at the entrance of room 4, from 1541
– Holy water basin
– Decorated fountain
– Decoration on doors

The farmhouse is situated on the way between the famous Monastery of Sant Pere de Rodes and the important medieval city of Besalú. This has led historians to believe that the house welcomed  pilgrims and walkers on their way to these places, who were admitted to rest, so Mas Bosch must have already been a lodging in the 17th century.

The renovation and restoration of the hotel is the work of architect Javier Clarós.
The work has been carried out in such a way that the architectural and decorative elements that history had given to the house were artistically kept, while incorporating amenities and state-of-the-art technology for our guests to enjoy every comfort. 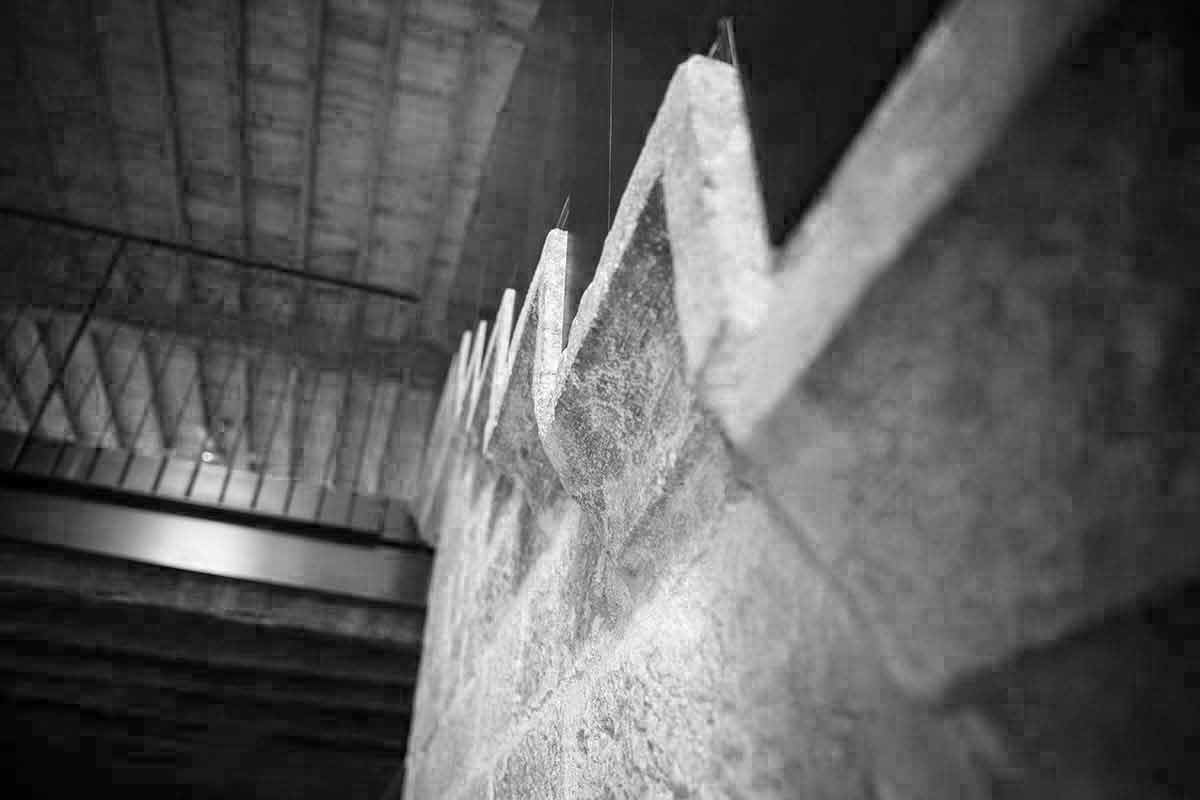